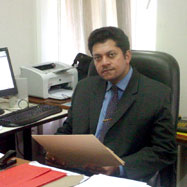 The Faculty of Social Studies and Humanities has emerged from what used to be called The School of Administration established in 1970. Though physically it has remained within the same building, the School went through significant and remarkable developments in the late 1980s with the establishment of specific degree programmes, such as the BSc (Hons) Economics will be a twenty-year old course this year. The inception of this programme was subsequently followed by that of the Humanities and of the Social Studies.
END_OF_DOCUMENT_TOKEN_TO_BE_REPLACED

This was a joint initiative of students of the youth organisation AIESEC (Association Internationale des Etudiants en Sciences Economiques et Commerciales) and the Public Relations Office of the University of Mauritius on 14 April. The theme of the workshop was: “Awakening the Entrepreneurship Spirit in the Youth”. The aim of the organisers was to instil the entrepreneurship drive in students of tertiary institutions.
END_OF_DOCUMENT_TOKEN_TO_BE_REPLACED

Three BSc (Hons) Biology year 2 students are the winners for the first prize for the Emtel project competition 2008 at tertiary level. The Award ceremony held in February focused on the theme ‘A Micro-Project Designed to Protect the Environment in Mauritius’. The runners up were year 1 Bsc (Hons) Biology students from the Department of Biosciences, Faculty of Science.
END_OF_DOCUMENT_TOKEN_TO_BE_REPLACED

Establishment of a Teaching Museum: A Historical Event

A new way of giving blood

In a familiar environment: your workplace
In a comfortable manner: on inclined couches
As a pleasurable experience: with music on air

This year’s celebration of the 41st Anniversary of the Independence Day and the 17th Anniversary of the Republic of Mauritius on 11 March 2009 in the Paul Octave Wiehe Auditorium was really festive: the POWA wore the colours of the flag and the décor was specially designed by Mr G. K. Bahadoor from the Textile Department and Mr S. Sookun from the Services Section to mark the event, which was meticulously coordinated by the Public Relations staff. The University had the pleasure of welcoming Dr. the Hon V. K. Bunwaree, the Minister of Education, Culture and Human Resources as guest of honour.
END_OF_DOCUMENT_TOKEN_TO_BE_REPLACED

Around 300 have visitors have attended the open night session that was held at the Mauritius Radio Telescope at Bras D’eau on 4 April 2009. Three optical telescopes were made available for night sky viewing and there was a relatively clear sky from 7pm to 9.30 pm. Mr Jean Louis Heudier from the Observatoire de Nice, also conducted a talk entitled “Ces nombres tombés du ciel” in the Paul Octave Wiehe Auditorium on 7 April 2009, addressing himself to an audience composed essentially of students from schools. These events form part of a set of activities marking the International Year of Astronomy in 2009.

University of Mauritius Blog
Create a free website or blog at WordPress.com.